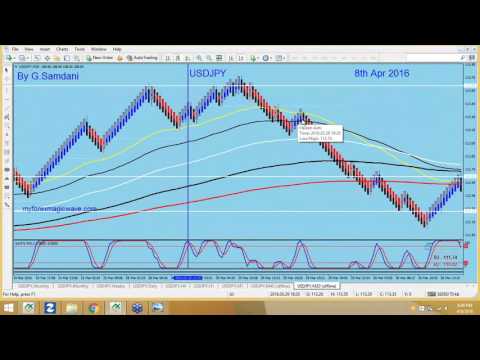 Tips From A Lifer

I’ve been reading these posts on an off for quite some time now and it saddened me to see someone had recently posted their “I quit the game” statement. We all walk through fire to stand in the green valley...and the journey has to be made on foot. And alone. And it’s tough.
In response, I wanted to add a list of pointers for people starting out in this insane game and to address what I’ve learned from over a decade of trading Forex. It’s long-ish but it’s based on reality and not a bunch of meaningless retail junk systems and “insider knowledge” by nitwits on YouTube or some 19-year old “whiz kid” who apparently makes ten billion dollars a week with a mystical set-up that’ll only cost you $1,999 to buy!
I became a profitable trader by keeping everything simple. I lost thousands when I started out, but I look back now and realise how easily I could’ve avoided those losses.
Keep Everything Simple.
For the sake of disclosure, I worked for Morgan Stanley for over a decade in fixed income but learned almost everything I know from the forex guys whom I got to know as good friends. They make markets but there’s still a lot to learn from them as a small fry trader. I got into all this as a hobby after annoying the traders with questions, and all these years later it still pays me. There are still occasional nightmare accidents but they’re far rarer to the point where they don’t affect my ROI.
Possibly the most clear statement I could make about Forex trading in the large institutional setting is actually a pretty profound one: Forex traders are not what you think they are: every single forex trader I ever worked with (and who lasted the test of time) had the exact same set of personality traits: 1. NOT ONE of them was a gung-ho high-five loudmouth, 2. Every single one of them analysed their mistakes to the point of obsession, 3. They were bookish and not jocks, 4. They had the humility to admit that many early errors were the result of piss-poor planning. The loudmouths last a year and are gone.
Guys who last 5, 10, 20 years in a major finance house on the trading floor are nothing like the absurd 1980s Hollywood images you see on your tv; they’re the perfect opposite of that stereotype. The absolute best I ever met was a studious Irish-Catholic guy from Boston who was conscientious, helpful, calm, and utterly committed to one thing: learning from every single error of judgement. To quote him: “Losing teaches you far more than winning”.
Enough of that. These points are deliberately broad. Here goes:
£300 in less than an hour for doing nothing more than waiting for some volatility then tapping a keyboard. It’s almost a sin to make money that easily and I don’t “deserve” any of it. Shut off the laptop. Go out for the day.
Does the following sound familiar? “Okay I’m almost at my take-profit...almost!.....almost!....okay it’s bouncing away from me but it’ll come back. Come back, damnit!! Jesus come back to my limit! Ah for F**k’s sakes!! This is complete crap; that trade was almost done! This is rigged! This is worse than poker! This is total BS!!”
So when you were 50% or 75% toward your goal and could see the trade slipping away why wasn’t $100 or $200 enough? You need more than that?...really?!
So point 6:
Four or five solid but small profits in a day = One Large Profit. I don’t care how I make it, I don’t care if it’s ten lots of £20, I don’t care if I make the lot in a single trade in 30 seconds either. And once I have a nice sum I switch the computer off and leave it the Fk alone. I don’t care if Brexit is due to detonate the pound or if some Fed guy is going to crap all over the USD in his speech; I’ve made my money and I’m out for the day. There will be other speeches, other detonations.
I could get into the entire process by which I trade but it’s aggravatingly basic trend-following mostly based on fundamentals. Losing in this business really does boil down to the same appalling combination of traits that kill most traders: Greed, Impatience, Addiction. Do I trade every day? Absolutely not; if there’s nothing with higher probability trades then I just leave it alone. When I hit my target I’m out for the day- the market doesn’t give a crap about me and I don’t give a crap about the market, if you see my meaning.
I played poker semi-professionally for two years and it’s absolutely soul-destroying to be “cold decked” for a whole week. But every player has to experience it in order to lose the arrogance and the bravado; losing is fine as long as you learn from it. One day you’ll be in a position to fold pocket Kings because you’ll know you’re dead in the water. The currency markets are exactly the same in that one regard: if you learn from the past you’ll know when it’s time to get out of that stupid trade or that stupid “system” that sounded so great when you had a demo account.
Bank a profit. Keep your charts simple. Know the pairs. Be patient. Touch nothing till you understand it inside out.
And if you’re not enjoying the game....STOP PLAYING.
[if people find this helpful I might post a thread on the best books I’ve studied from and why most forex books are utterly repetitious bullshit].
Peace.